An unwarranted police search based only on the odor of drugs is not legal, according to a California appeal court.

The case involved the police opening a shipped package that smelled strongly of pot.  A FedEx employee smelled what she thought was marijuana emanating from a package that was to be shipped from California to Illinois.  She alerted the police, who seized the package and took it back to the station where they opened it and found pot.  The man who shipped the package, Kewhan Robey, returned to FedEx to ask why his package had not been shipped.  The FedEx employee called the police, who arrested Robey.  The seized package was later used as evidence against Robey.

Do they need a warrant to search for marijuana?

The Fourth Amendment protects you from unreasonable search and seizure.  This right is safeguarded by the warrant requirement—police need a warrant to conduct a search and seizure unless they have probable cause to believe that you committed a crime and what amounts to a strong reason to detain you immediately.  If the police see drugs, they have the right to conduct a warrantless search and to seize them.  According to the court of appeal, to smell drugs is not the same as to see them.

San Francisco – Your computer, your phone, and your other digital devices hold vast amounts of personal information about you and your family. Can police officers enter your home to search your laptop? Do you have to give law enforcement officials your encryption keys or passwords? If you are pulled over when driving, can the officer search your cell phone?

The Electronic Frontier Foundation (EFF) has answers to these questions in our new “Know Your Digital Rights” guide, including easy-to-understand tips on interacting with police officers and other law enforcement officials.

“With smart phones, tablet computers, and laptops, we carry around with us an unprecedented amount of sensitive personal information,” said EFF Staff Attorney Hanni Fakhoury. “That smart phone in your pocket right now could contain email from your doctor or your kid’s teacher, not to mention detailed contact information for all of your friends and family members. Your laptop probably holds even more data — your Internet browsing history, family photo albums, and maybe even things like an electronic copy of your taxes or your employment agreement. This is sensitive data that’s worth protecting from prying eyes.”

The Fourth Amendment to the Constitution protects you from unreasonable government searches and seizures, and this protection extends to your computer and portable devices. In EFF’s “Know Your Digital Rights” guide, we outline various common scenarios and explain when and how the police can search the data stored on your computer or portable electronic device — or seize it for further examination somewhere else — and give suggestions on what you can and can’t do to protect your privacy.

“In the heat of the moment, it can be hard to remember what your rights are and how to exercise them,” said EFF Senior Staff Attorney Marcia Hofmann. “Sometimes police can search your computer whether you like it or not, but sometimes they can’t. We wrote this guide to help you tell the difference and to empower you to assert your rights when the police come knocking.”

For the full “Know Your Digital Rights” guide:
https://www.eff.org/wp/know-your-rights

For a one-page summary to print and post:
https://www.eff.org/files/EFF_Police_Tips_2011.pdf

As of January 2011, if the police are lawfully arresting you in California they can search your cell phone without a warrant. This includes all of your cell phone contents—texts, voicemails, photos, videos, your list of contents and recent calls, plus any email and online services or apps you may subscribe to via your phone.

In January 2011, the California Supreme Court affirmed the Court of Appeal holding that an unwarranted police search of a cell phone text message folder during a lawful arrest for sale of ecstasy was constitutional. The way this went down was that police arrested the defendant after an informant who had been wearing a wireless transmitter purchased ecstasy from him. Upon arresting the defendant, police seized his phone and took him to the sheriff’s station where they interviewed him without an attorney present (he did not assert his right to an attorney!). The defendant denied having knowledge of the drug transaction. After the interview, police checked his cell phone texts and pulled up the message “6 4 80.” The police showed the defendant this message, told him they interpreted it as a price quote, and he then admitted to participating in the sale.

The defendant was charged with selling a controlled substance (Health & Safety Code, Section 11379(a)), a felony. He pleaded not guilty and moved to suppress the fruits of the cell phone search, arguing that the warrantless search was remote in time relative to his arrest (90 minutes), and therefore violated the Fourth Amendment. The trial court denied the defendant’s motion, the Court of Appeal affirmed, and the Supreme Court of California also affirmed.

The Court’s reasoning was this: the cell phone was immediately associated with the defendant’s person, like an item of clothing or a cigarette package, and therefore, upon lawfully arresting the defendant, the police were entitled to inspect the cell phone’s contents without a warrant. Unwarranted searches are generally unreasonable and violate the Fourth Amendment, however, there is an exception that allows police to conduct a warrantless search of the person and the area in the arrestee’s immediate control when carrying out a lawful arrest. That exception has traditionally been justified by the idea that police have a right to search for weapons that may be used against them, or for instruments of escape, or for evidence that may be concealed or destroyed. It is under this exception that police are allowed to confiscate personal clothing and items “immediately associated with the defendant’s person” for traces of evidence. The California Supreme Court held that a cell phone is immediately associated with the defendant’s person, and that the police were therefore entitled to inspect its contents without a warrant at the sheriff’s station 90 minutes later, whether or not an exigency existed. 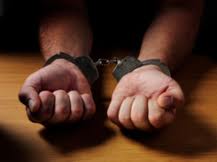 In order to insert a provision for nighttime service of a search warrant, the judge must have “good cause,” which is defined as having “some” factual basis for believing that a nighttime intrusion would be justified by exigent circumstances, such as greater safety of the police officers serving the warrant or the public.

In other words, law enforcement must present to the judge specific facts from which it reasonably may be concluded that the contraband to be seized will not be in the place to be searched during the hours of 7 a.m. to 10 p.m.  Night service might be justified if the objects being pursued are transitory, movable, easily hidden or consumed.